Since the time of the Roman Empire, people have been trying to manipulate the seasons by cultivating plants in regulated conditions. Structures rose in complexity and prominence on the estates of royalty and aristocracy as techniques improved and proved more effective. The industrial revolution made resources more readily available, which led to the development of the victorian greenhouse as we know it today—a frequently elaborate glass and iron structure.

Scale is of utmost importance in terms of the height and width of the roof as well as the requirement to forgo the use of supporting pillars. As with any glasshouse, heating and ventilation systems are vital components, and this is the one area where arguably technical development is most obvious. The necessity that a structure be in aesthetic harmony with the rare kinds of plants and trees housed within it is much more difficult.

A conservatory is a structure or space that has walls and roof made of glass or another transparent material and is used as a greenhouse or sunroom.

Today, striking specimens may be seen worldwide, from elegant and contemporary greenhouses in Australia to traditional Victorian greenhouses in London. Particularly in the United Kingdom, it typically refers to a room or area that is linked to a traditional structure like a house. When used elsewhere, particularly in America, it frequently refers to a sizable, free-standing, glass-walled structure in a park or botanical garden that is also known as a “palm house” if it is tall enough for trees. In the early 1800s, municipal conservatories gained popularity.

Rich landowners started building conservatories in the 16th century so they could grow citrus fruits like lemons and oranges. Building a pergola over potted plants or flowerbeds or simply bringing potted plants within for the winter months were early attempts to preserve citrus and other delicate plants.

These early buildings, called limonaia in Italy, used wooden panels or open galleries to keep out the cold. These spaces saw increased social and practical use as a place to house more kinds of plants and entertain guests. The term “greenhouse” was later used to refer to the spaces and conservatories used for delicate plants. A Dutch scientist invented the use of sloping glass in the 18th century to provide plants with more light than orangeries’ tall, glass side walls.

The 19th century, especially in England, was the heyday of conservatory construction. This period gave rise to several splendid public conservatories made of glass and iron. Simple sunroom constructions were created in the 1950s and 1960s with the introduction of insulated glass, but it wasn’t until the 1970s that inventive architects and builders started to replicate the Victorian design of 19th-century English conservatories in smaller home versions.

You can keep your favourite plants happy throughout the seasons in a Victorian greenhouse, for example. Because of the glass used in their construction, the interiors are both naturally lit and weatherproof, allowing you to cultivate plants from all over the world. Tropical plants and fruit trees typically thrive in the glasshouse microclimate.

A Victorian glass house, however, is an excellent improvement over a traditional greenhouse if you’re searching for an area to enjoy yourself as a garden room in addition to being functional. Self-assembly panels to permanent freestanding constructions with concealed pipes, cold frames, and water butts for collecting rainwater are all available in a variety of sizes and construction materials. 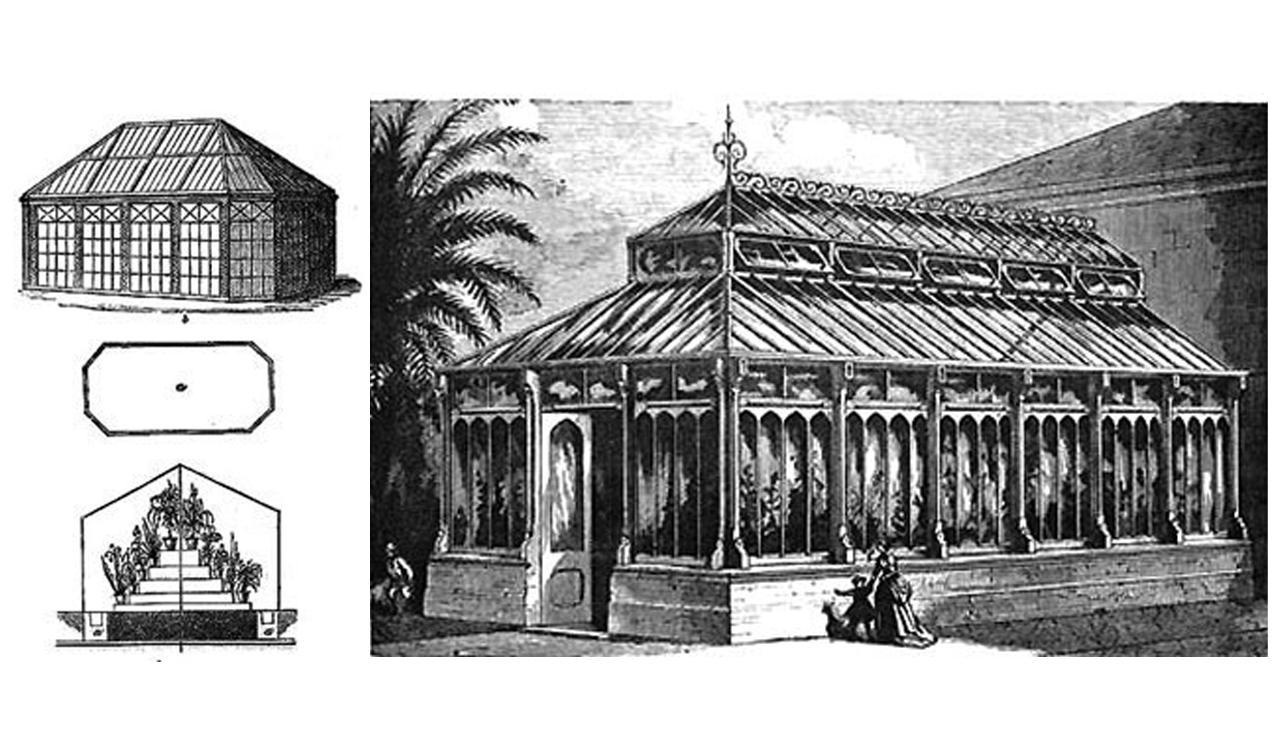 Victorian gardens, greenhouses, and glasshouses were designed with incredible fervour during a period of enormous extravagance, exploration, and innovation. With the development in middle-class income throughout the industrial revolution, gardening’s appeal in Britain increased, but there were societal factors at play as well.

With the suburban lifestyle came gardens that needed intensive upkeep and knowledge, as well as the chance to produce new and exotic plants, ferns, fruits, and vegetables during a time of tremendous discovery and a growing British Empire.

Many of the recently discovered foreign species required the construction of Victorian glass greenhouses, or glasshouses, in order to thrive in Britain. The current glass and window tax, which was imposed on all properties with more than 8 windows, has prohibited this.

A unique and exotic plant collection in a Victorian greenhouse and botanical garden in Golden Gate Park. It is still the oldest structure in the park and the oldest surviving municipal wooden conservatory in the United States, with construction having been finished in 1878.

A number of boiler developments were made possible by the construction and development of the Victorian greenhouse or glasshouse, which allowed for the year-round production of fresh fruits, vegetables, and flowers. The Victorians achieved the highest level of self-sustainability by using their amazing glasshouses to cultivate domestic produce that was served to family and guests.

Inviting friends over for afternoon tea, wondering and marvelling at the display of exotic exhibits, and using the Victorian greenhouse as a platform to flaunt their wealth were all common activities that Victorians took part in.

Due to the abundance of natural light, the greenhouse may be converted into a space to practise hobbies and interests, such as painting or embroidery. It would be furnished with exquisite ornate cast iron furnishings. Another factor supporting the notion that a greenhouse might be used as an additional space for entertainment is the fact that kids were encouraged to explore, learn, or play in the intricately built glasshouses.

There is a strong sense of nostalgia in the Victorian impact on modern gardening. The wide variety of plants, fruits, and vegetables accessible today come from all corners of the world thanks to the “plant hunters” and explorers of the Victorian era.

Everywhere you look, their impact can be seen, from common bedding plants to the squares in London, the various walled gardens in Britain, and of course the spectacular glasshouses at Kew, Crystal Palace, and Chatsworth House in Derbyshire. The Victorian architect Joseph Paxton was one of the pioneers in selling miniature greenhouses to the general gardening public and was involved in the building of both the Crystal Palace and the Chatsworth conservatory.

Later in the 19th century came the Temperate House at Kew Gardens, which is nearly twice as big as the Palm House at 191 metres in length. Additionally, it was created by architect Decimus Burton and has some exquisite instances of Victorian metalwork, such as ornamental trusses and iron-capped pillars. It is typified by the elaborate spiral steps that, despite having a cast-iron frame, have a delicate delicacy and visually allude to the swirling ferns surrounding them.

The Great Greenhouse in the Botanical Gardens of Wales, created by architects Norman Foster & Partners, is the closest thing to these grand Victorian structures that has been built in the modern age in terms of grandeur and ambition. It is the biggest single-span greenhouse in the world, measuring 110 metres long by 60 metres broad. 785 double-glazed glass panels make up the dome itself. A concrete base is supported by 24 tubular arches that are connected by steel ball-and-socket joints, and the steel ribs that cover the glasshouse can expand thanks to additional connectors.

In modern architecture, a greenhouse varies from an orangery in that it has a roof surface constructed of glass on more than 75% of its surface area. Aluminum, PVCu, and wood are used for the frame and roof. A greenhouse must have more than 50% of its wall space covered in glazing.

A variety of technologies are used in modern greenhouses to make glass as energy-efficient as possible, letting in the most light while preserving a constant temperature in both the summer and the winter. Technologies include argon-impregnated glass, simple-to-clean coatings, heat-reflective film, thermal ribbons, and thermal breaks— hollow pieces of glass that trap heat. Modern glass technology uses self-tinting glass that darkens throughout a summer day as heat builds up and then lightens as the glass’ surface temperature decreases later in the day.

Due to the Victorian greenhouse or glasshouse influence that persisted for more than 150 years, the name “conservatory” is now more frequently used. Today’s greenhouse designers are copying the Victorian idea of creating a garden room experience and lavishly furnishing Victorian-style glasshouses with blinds, elaborate furnishings, exotic plants, and flowers.